Hide Search
You are here: Home / New and progressive Labour Code in the pipeline 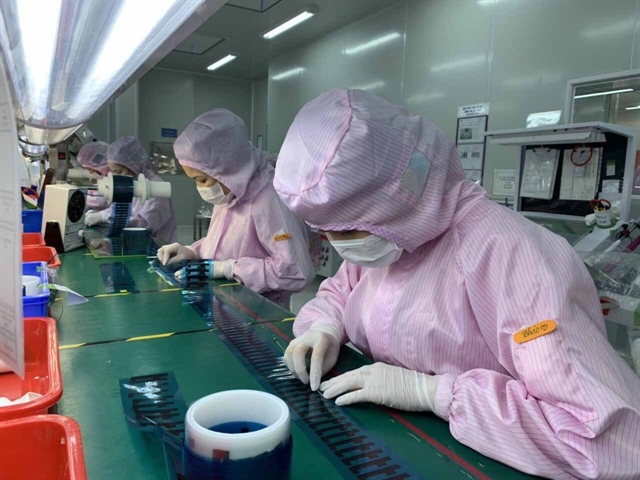 The revised Labour Code was passed by a majority of the votes, but there remain a number of disagreements about some of its articles. Do you have any comments on this?

With 90.06 per cent in favour, the revised Labour Code was passed by the National Assembly. This approval rate was not surprising at all. It reflects the positive results of a long process of negotiations between employers, employees and trade unions.

All provisions contained in the Labour Code have been thoroughly discussed by National Assembly deputies and agencies, including employers and the employees as well as the International Labour Organisation (ILO).

The approval of the Labour Code was a long process of negotiation between employees and employers with their trade unions.

The new Labour Code will come into force in 2021. What needs to be done to make it a reality?

Right now we need a consensus from all parties about what is written in the Labour Code.

The new Labour Code has addressed the conditions Việt Nam must meet in the course of international integration, particularly the Comprehensive and Progressive Agreement for Trans-Pacific Partnership, the Europe Việt Nam Free Trade Agreement (EVFTA) and the Investment Protection Agreement (IPA).

To put the Labour Code into use will need efforts from all parties. For example, to implement Article 104 on giving workers a Tết bonus. This article has raised a lot of discussions among workers. For the workers, most of them think the bonus should be in cash, not in kind. The other issues are the retirement age and hours people work.

Both employees and employers have expressed concerns about changing the retirement age for both men and women, as well as a cap on their overtime hours. How do you respond to that?

This is a hot issue. The retirement age should be considered carefully for each group, particularly those who work in dangerous jobs.

In my opinion, the Government and agencies should work together to develop guidelines on how to implement the Labour Code before 2021.

Another new point in the Labour Code is that it raises the permitted overtime hours from 30 to 40 per month. However, it also specifies which industries are allowed to ask staff to work the extra hours.

How do you respond to concerns among employees regarding labour productivity?

The new Labour Code covers factors that will help increase productivity. For example, the improvement of labour conditions for female employees, disabled employees and others are all covered by the law.

Regarding the monthly wage that was written into the 2012 Labour Code, it says clearly that the State should have the final say on the wage system and labour norms. In the new Labour Code, the State will not intervene in wages or bonuses employers pay to their employees. The Government will only regulate the minimum wage, which is divided into four regions. Other payments will be negotiated between employees and their employers. This is an important element which will encourage workers to raise productivity. — VNS